Last week I spoke with one of my dear girlfriends. She was offered a new position by another company, turns out they have been pursuing her for over 4 months.
She wanted to do the right thing and so she asked God for confirmation, if this was the right step for her.
“Lord, may the managing director of this company join the job interview”, she asked God. Turns out that he joined all three meetings she had with them.
During the interviews they made it very clear that she would be a great asset for the company. They recognised her qualities and talents and she received praise in abundance. It was more confirmation for her than she could dream of.

As you can imagine she was really exited and pleased that they wanted her for who she is. She was on cloud 9.
When signing the new contract, her new boss conveys once again how pleased he is with her
and showers her with compliments.

But then the enemy steps in, with confusion, doubt and whispering lies; “I am stupid; they really bought a “pig in a poke” by hiring me”. “You just wait and see, after a while they will discover they have made a big mistake by hiring me”; she thought.

And as if that wasn’t enough, the accusations and assault crept in when she informed her current manager about the move, he was really mean and downgraded her as a person and her abilities. It was nothing short of an attack although she was highly committed to her job for more than 5 years.

This is exactly how the enemy works in our lives. He is out to steal our joy.

God our Father wants to bless us and encourage us. He loves to shower us with compliments but the enemy is always there to tear us down.

So when we hear those negative thoughts about ourselves, do you really think they come from us or from God, our heavenly Father? No they come from the father of lies himself, Satan. And we have agreed with those lies: I am stupid, I am worth nothing, I am not good enough, shame, guilt, fear, they all come from our enemy. All those agreements are so deeply grounded in our hearts; they feel so true that you don’t even recognize it as a lie.

Satan’s mission is to steal, kill and destroy, our hearts, our joy and everything good God has in store for us (John 10:10).

But the good news is: you don’t have to live under these lies. You can do something about it.
It is right there in 1 Peter 5:6  “Submit yourself to God, resist the devil and he will flee from you”. No resisting means no flee!

You are called to rise up! Renounce the lies and bring the cross of Christ against the lie(s).

You can do it! You will be surprised how much warfare you are under.

Share this article on your preferred platform. Have some thoughts? Leave them below, we read all of them. 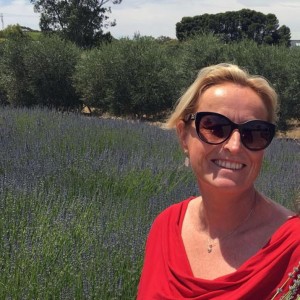 Landa Mavromatis is part of the team here at The Goal Is Life and devoted to helping people discover the true treasure of the gospel through the works of our Lord – Jesus Christ. Landa is passionate about helping others find life through this ministry and is the main speaker at the women’s Captivating retreats.

7 Reasons why a Christian should not support vaccination mandates

We would love to see you there

The idea is to meet @7 pm followed by the selected movie of the groups choice. We will provide snacks and drinks for the evening.

What you need to know:

As soon as we have received the responses, we will send you an email confirmation with the selected date and location.

The evening will be held @ Landa’s home in Mitchell Park.